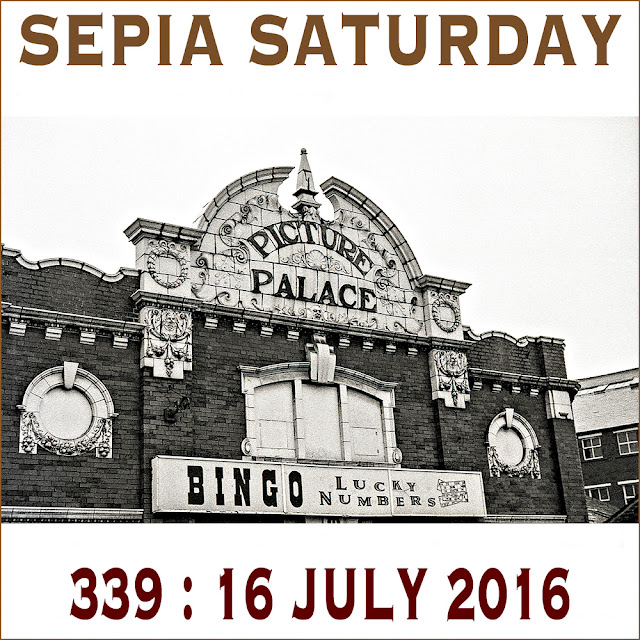 Pictures, palaces, and bingo numbers are amongst your possible themes this week for Sepia Saturday 339 (post your posts on or around Saturday 16th July 2016). The theme photograph, I must confess, is one of my own (how sad to be old enough to have taken a Sepia Saturday theme image!). The description on the Sepia Saturday Flickr Group page is as follows:


The Picture Palace was a small local cinema situated in Dudley Hill - between Bradford and Leeds. It was built by Walter Goodall - who already owned cinemas in nearby Cleckheaton and Heckmondwyke - in 1912. Even though it was a local cinema rather than a town centre establishment, it still had seating for up to 600 people. The first film to be shown at the cinema was an American silent film called "How's Your Father". It continued to operate as a cinema until 1967 when it eventually closed down - the last film to be shown was "Thunderbirds Are Go". Later it became a bingo hall - when my photograph was taken - and later still a carpet and furniture showroom (which it remains to this day).

Before you decide what to go with, take a look at what awaits you in the weeks ahead. 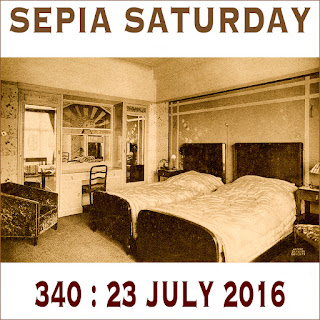 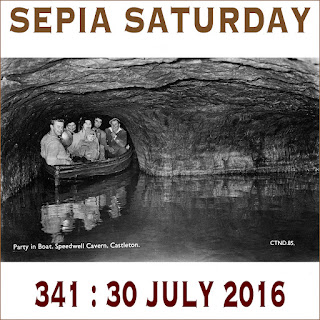 All that remains is for me to wish you the best of luck with your Sepia Saturday submissions. May all your pictures be fit to hang in a Sepia Palace. 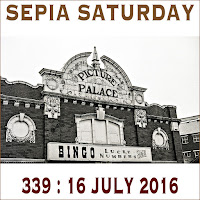 Memories of the Winter Gardens, Blackpool where my parents first met.

Leading activities for Seniors included many Bingo games...one of my many careers.

Reminiscences of another Wintergarden theatre and a few more old theatres in Melbourne and Sydney.

A perfect theme for a sub-genre of theater postcards in my collection. No music this time, but instead pictures of show business.

A trip to the Majestic.

A bit of frustrating search to learn about the history of my hometown theater.

Sorry for the absence and for being so slow. Lots to research here and I could go on forever.