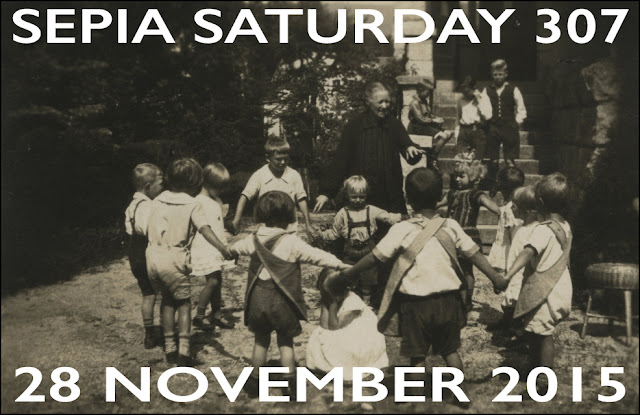 First of all, an apology: I didn't get round to posting an entry for Sepia Saturday 306. But I haven't been resting, instead I was busy putting together the list of theme images for the first quarter of 2016. The idea of publishing a whole three months of themes in advance was tried for the first time in September and seems to have been successful - it makes things easier for me when I put together the weekly call post and Sepians seem to like the ability to plan ahead. The list of "theme images" for January to March 2016 can be found HERE.

Let me follow that up with another apology. You may look at this week's theme image and say something like "not kids playing games again!" Marilyn chose the theme images for the current quarter but it was not her fault that the two children's game images appeared in consecutive weeks - that was down to me as I swapped the running order around. If you have run out of children's game photos just dig a little deeper and look for other themes within this image which comes from the Flickr stream of the National Archives of Estonia. Or you can ignore any pretence of a theme and give us something entirely unrelated to children playing circular games. Whatever you do, do it on or around Saturday 28th November 2016 and enter a link to it on the Linky List below.

Before we get to the first quarter of 2016, we have the rest of 2015 to deal with. Here is a quick preview of our theme image for next week. If you want to see the remaining prompts for 2015 you can find them HERE. 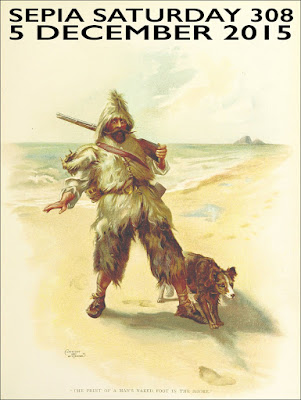 And finally let me apologise (yet again) for all this looking ahead. I know us Sepians are far more comfortable in looking back into the past rather than looking forward into the future. So forget the rest of 2015 for now and forget 2016. Just concentrate on the week ahead, it will stop your mind going around in circles.

Holding hands and sticking together this wek.

I have a Thanksgiving postcard to fit the theme and the day.

Three little girls at the fountain with pretty dresses.

A settlement school in the mountains of Virginia

More hand holding from me too this week.

A different take on children at play.

A playground of old is my post for this week.

Glad to finaly get this posted...pant pant, under the wire on Mon. afternoon! Some cousins shared from my past.